WrestleMania Events Near You 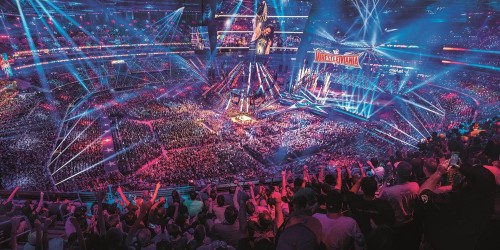 Another 2-day event for the WrestleMania 39 which will be held at SoFI Stadium on April 1-2, 2023. Rumours escalating that The People's Champ, Dwayne "The Rock" Johnson will be back once again to wrestle in the ring against Roman Reigns. Ronda Rousey has also been rumored to fight Becky Lynch. Catch the WWE Superstars on the biggest Wrestling event of 2023.Tickets for WrestleMania 39 are on SALE! So reserve your seat today!