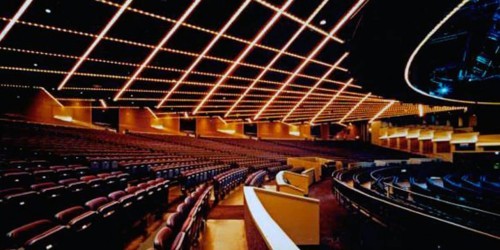 The Hulu Theater at Madison Square Garden is a theater in Manhattan's Madison Square Garden. For concerts, it can accommodate between 2,000 and 5,600 people, and it may also be utilized for meetings, stage presentations, and graduation ceremonies. WCW conducted two live events there, the first on April 13, 1993, the first time a WCW event had ever been held in New York City, and the second on June 30, 1996. On November 16, 2016, NXT presented a single event in the theater. On September 15, 2019, Lucha Libre AAA and Impact Wrestling held Lucha Invade NY. From 1994 through 2003, the theater hosted an annual production of A Christmas Carol. From 1995 until 2004, it was the site of the NFL draft.