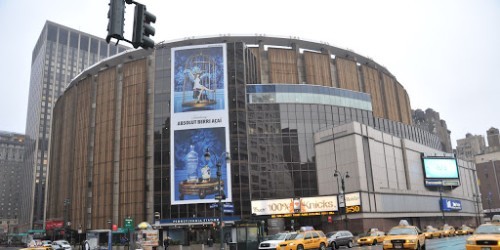 Madison Square Garden, sometimes known as The Garden or MSG, is a multi-purpose indoor arena in New York City. Between the Seventh and Eighth Avenues, from 31st to 33rd Streets in Midtown Manhattan. The Garden hosts professional ice hockey and basketball games, as well as boxing, concerts, ice shows, circuses, professional wrestling, and other sports and entertainment. It is the New York metropolitan area's oldest significant sporting facility. It is the NBA and NHL's oldest venue. In terms of ticket sales, MSG was the world's second-busiest music stadium in 2016. Madison Square Garden hosts the most high-profile concerts of any venue in New York City.