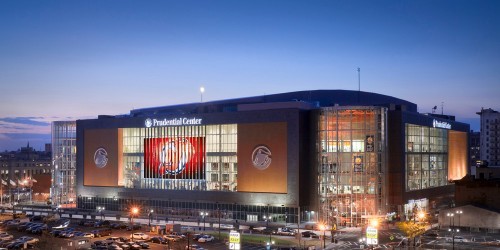 With over 3,500 parking spots within two blocks, the Prudential Center is one of the most conveniently accessible venues in the country. It opened in 2007 and is the home of the New Jersey Devils of the National Hockey League (NHL) as well as the Seton Hall University men's basketball team, known as the Seton Hall Pirates. The arena has a capacity of 16,514 for hockey games and up to 18,711 for basketball. The arena has been lovingly dubbed "The Rock" by fans and sports writers. Check who's coming to perform here this year.